In case you are wondering, my novel, The Distomos, is on its way!

I have two hundred copies heading my way to be numbered and signed. There has been a surprisingly large demand for them. It’s been a little overwhelming, if not a bit humbling. Maybe a bit crazy, too.

This weekend I finished the eBook version of The Distomos. This means that if the shipment arrives on time, we’re looking at the first week of March for both the physical books and eBooks to go on sale!

While it will still be some time for the books – both physical and electronic versions – to appear in such stores like Amazon, Kindle, Kobo, and Barnes & Noble, they will be readily available to order from the distributor. I’ll have that information to give you when it is available.

Until then, let’s bask once again in the amazing cover created by Matthew Therrien. 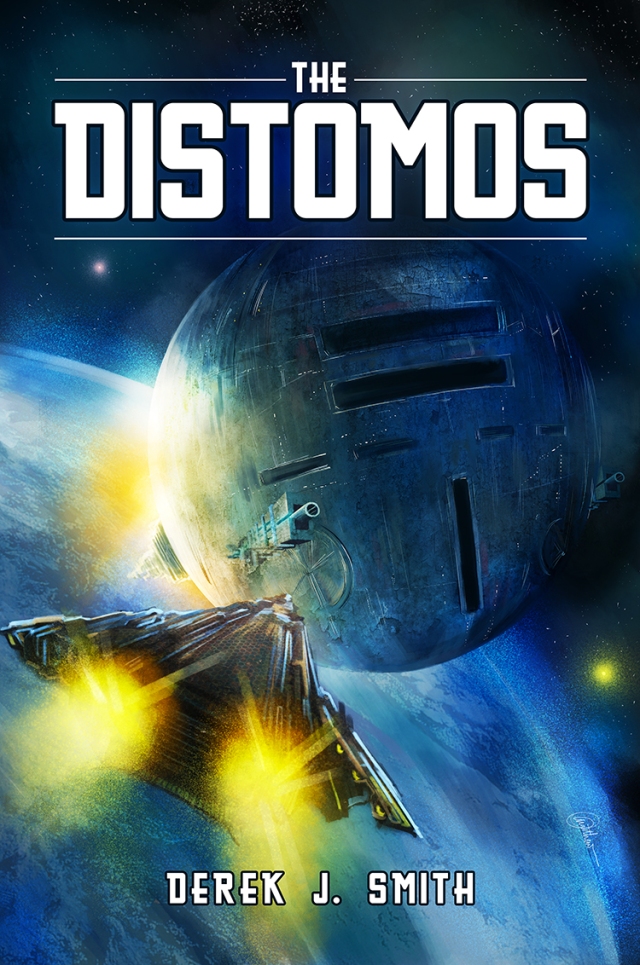 Mankind has taken to the stars; maintaining their empires through the belief in God. Peace and prosperity are kept through Church-appointed Templars: the police of the galaxy. But when the Distomos, a secret weapon from the Church falls into the hands of the enemy, two ex-Templars, Kieran Rhet and Normandie Jade, are hired to get it back.

With only a matter of time before interstellar war begins and the Distomos is used, friendships, courage, and faith will be tested when all seems lost.